PRESS RELEASE – The merry month of the PURPLE REIGN in JUNE – In honour of cancer warriors who are forever changed.

Baboon deterrents: 5 ways to protect your home from baboons

How to Protect Your Child From the Flu

PRESS RELEASE – The merry month of the PURPLE REIGN in JUNE – In honour of cancer warriors who are forever changed.

As the month of June is celebrated as an annual treasured celebration of life that is held in hundreds of communities around the world. It is a joyous and hopeful time for those brave battle weary warriors who have survived, an inspiration for those recently diagnosed, a gathering of support for families, and in honour of the fallen warriors. A month to connect with each other, celebrate milestones and recognize those who have supported them along the way.

After the successful launch in Santa Monica, Hollywood , USA on the 13th March 2016 hosted by Award Winning Actor Emmanuel Castis and South African actress Casey Kampel living in LA, now in South Africa for the first time  the “Dance of The Butterfly” event was held  on Saturday 26th May 2016. The audience included media, TV and Film Producers, health enthusiasts, cancer warriors, caregivers and members of the public. The audience was enthralled as they watched the long awaited “Forever Changed Documentary”  produced and directed by The African Motion Picture Company.

The documentary is a global warning and is part of the “Forever Changed Global Awareness Campaign” is a roadmap that is headed by Sandton resident and cancer warrior Addi Lang says “The campaign has become a movement of like – minded people who understand the ethos is about choosing how you live your life and to question everything. As I was diagnosed in a late stage, which is life altering, I have invested my last 730 days in creating this butterfly effect to benefit others, and I am now going on a well deserved sabbatical for my own healing and official ambassadors are now standing up to continue with spreading the message, while I spend time with my loved ones”

JC Du Toit, talented young 17 year old actor and Forever Changed Brand Ambassador was the emcee and recited the very moving “Dance of The Butterfly” Poem. Guests were further entertained by SAFTA award winning young actor Jezzy Skei,  talented duo Delia and Winston John Ho,  Sandton based entertainers, and Robyn Angela Leal who wowed the audience with their up tempo performances.  Addi Lang was the guest speaker and spoke about why she wrote the forward in The “Dance of The Butterfly” Book,  a self help tool, written by Carl J De Wet (BA Honours Degree in Psychology) author and creator of Emotional Time Concept.

“Dance of The Butterfly” Events are now rolling out across the globe during 2016 hosted by ambassadors and staff training in the corporate sector in South Africa is also available. 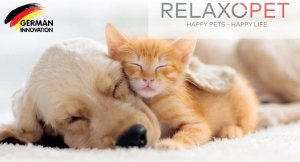 ⚠️ PLEASE NOTE: Not all of our products can be collected. Please contact us, before selecting to collect. Dismiss